Meet Inspiring Speakers and Experts at our 1000+ Global Events inclusive of 300+ Conferences, 500+ Workshops and 200+ Symposiums Every year on Medical, Pharma, Engineering, Science, Technology and Business. OMICS International is delighted to invite you to attend the International Conference and Expo on Drug discovery & designing, one of its remarkable Pharmaceutical conferences, to be held during August 11-13, 2015 in Frankfurt, Germany emphasizing on recent areas of more optimized research techniques like rational and computer aided drug designing for the Discovery, Designing and Development of new drugs than by traditional hit and trial method. To know more about Conference series: visit: http://www.conferenceseries.com/

Germany provides ready access to internationally renowned scientists, world-class research and pharmaceuticals markets. Germany is the world’s third largest pharmaceutical market with the Pharmaceutical production worth EUR 27.7 billion spent in 2012.  Each drug launched on the market costs companies between USD 1 and 1.6 billion. Despite the cost and effort, the supply of pharmaceuticals for treating patients grows each year by an average of 25 new drugs with new active ingredients. Germany alone spends around EUR 5 billion annually on research and development – or almost EUR 14 million a day. Hence, Germany offers the perfect location for research, production and sales of world-class pharmaceuticals.

The phytochemical research based on ethnopharmacology is considered an effective approach in the drug research of novel chemicals entities with potential as drug leads. Plants/plant extracts/decoctions, used by folklore traditions for treating several diseases, represent a source of chemical entities but no information are available on their nature. Ethnopharmacologists, botanists, microbiologists, and natural-products chemists are combing the earth for phytochemicals and "leads" which could be developed for treatment of infectious diseases. Current pharmaceuticals are derived from plants and antimicrobialsto prevent or cure infectious conditions. Western medicine is trying to duplicate their successes. Plants are rich in a wide variety of secondary metabolites, such as tannins, terpenoids, alkaloids, and flavonoids, which have been found in vitro to have antimicrobial properties.

A biomarker can be a substance that is introduced into an organism as a means to indicates a change in expression or state of a protein that correlates with the risk or progression of a disease, or with the susceptibility of the disease to a given treatment.

Biomarkers are the measures used to perform a clinical assessment such as blood pressure or cholesterol level and are used to monitor and predict health states in individuals or across populations so that appropriate therapeutic intervention can be planned. Biomarkers may be used alone or in combination to assess the health or disease state of an individual  to measure and form part of routine medical examinations.Biomarkers as health and disease to predict serious illnesses such as diabetes and cardiovascular disease and drug development.

The study compared the individual use of QSAR chemical models and biological toxicogenomics profiles with hybrid models using both types of information to predict the hepatotoxicity of 127 drugs sourced from the Toxicogenomics. Quantitative structure-activity relationship (QSAR) modeling and toxicogenomics are typically used independently as predictive tools in toxicology.

Although the accuracy of hybrid models did not exceed that of the models based on toxicogenomics data alone, the use of both chemical and biological descriptors enriched the interpretation of the models. Predictive transcripts are highly relevant to the mechanisms of drug-induced liver injury, chemical structural alerts for hepatotoxicity were identified and afford models capable of accurate prediction of hepatotoxicity from chemical structure and short-term assay results.

Accelerated development/review  is a highly specialized mechanism for speeding the development of drugs that promise significant benefit over existing therapy for serious or life-threatening illnesses for which no therapy exists. This process incorporates several novel elements aimed at making sure that rapid development and review is balanced by safeguards to protect both the patients and the integrity of the regulatory process. A surrogate end point is a laboratory finding or physical sign that may not be a direct measurement of how a patient feels, functions, or survives, but is still considered likely to predict therapeutic benefit for the patient.

An inventive process of finding new medications based on the knowledge of a biological target. The drug is most commonly an organic small molecule that activates or inhibits the function of a biomolecule such as a protein, which in turn results in a therapeutic benefit to the patient. In the most basic sense, drug design involves the design of small molecules that are complementary in shape and charge to the bimolecular target with which they interact and therefore will bind to it. Ligand-based drug design (or indirect drug design) relies on knowledge of other molecules that bind to the biological target of interest. Drug design conference provides a platform to critically analyze and understand the methods and mechanisms. These other molecules may be used to derive a pharmacophore model that defines the minimum necessary structural characteristics a molecule must possess in order to bind to the target. Structure-based drug design (or direct drug design) relies on knowledge of the three dimensional structure of the biological target obtained through methods such as x-ray crystallography or NMR spectroscopy.

Fragment-based lead discovery (FBLD) also known as fragment-based drug discovery (FBDD) is a method used for finding lead compounds as part of the drug discovery process. It is based on identifying small chemical fragments, which may bind only weakly to the biological target, and then growing them or combining them to produce a lead with a higher affinity. FBLD can be compared with high-throughput screening (HTS). In HTS, libraries with up to millions of compounds, with molecular weights of around 500 Da, are screened, and nanomolar binding affinities are sought. In contrast, in the early phase of FBLD, libraries with a few thousand compounds with molecular weights of around 200 Da may be screened, and millimolar affinities can be considered as useful and drug discovery services.

Drug design through computer, a recent, very effective technique in modern arena. Now a days Computer Aided Drug Design (CADD) technologies are used in nanotechnology, molecular biology, biochemistry etc. The main benefit of the CADD is cost effective in research and development of drugs. There are wide ranges of software are used in CADD, Grid computing, window based general PBPK/PD  modelling software, PKUDDS for structure based drug design,APIS, JAVA, Perl and Python, CADD as well as software including software libraries. There are different techniques used in CADD visualization, homology, molecular dynamic, energy minimization molecular docking, QSAR etc. Drug design conference-2015 provides a platform to critically analyze and understand the methods and mechanisms and Computer aided drug design is applicable in Cancer disease, transportation of drug to specific site in body, data collections and storages of organics and biologicals.

Despite considerable progress in genome- and proteome-based high-throughput screening methods and in rational drug design, the increase in approved drugs in the past decade did not match the increase of drug development costs. Network description and analysis not only give a systems-level understanding of drug action and disease complexity, but can also help to improve the efficiency of drug design. We give a comprehensive assessment of the analytical tools of network topology and dynamics. Drug Discovery conferences-2015 provides a platform to critically analyze and understand the methods and mechanisms.. The state-of-the-art use of chemical similarity, protein structure, protein–protein interaction, signaling, genetic interaction and metabolic networks in the discovery of drug targets is summarized. We review the recent boom in network methods helping hit identification, lead selection optimizing drug efficacy, as well as minimizing side-effects and drug toxicity, we suggest an optimized protocol of network-aided drug development, and provide a list of systems-level hallmarks of drug quality. We introduce a novel metric, namely, “pathway closeness centrality”, for each gene that jointly considers the relationships of its neighboring enzymes and cross-talks of biological processes, to evaluate its probability of being a drug-target.

De novo design of drug-like compounds with a desired pharmacological activity profile has become feasible through innovative computer algorithms. Fragment-based design and simulated chemical reactions allow for the rapid generation of candidate compounds as blueprints for organic synthesis. De novo molecular design and in silico prediction of polypharmacological profiles are emerging research topics that will profoundly affect the future of drug discovery and chemical biology. The goal is to identify the macromolecular targets of new chemical agents. Although several computational tools for predicting such targets are publicly available, none of these methods was explicitly designed to predict target engagement by de novo-designed molecules. We discovered a potential off-target liability of fenofibraterelated compounds, and in a comprehensive prospective application, we identified a multitarget-modulating profile of de novo designed molecules.

New drugs, genomic methods alone will not reduce the cost and time of Drug Development Conference. However, other new developments, many stemming from biotechnology, will help to improve the productivity of drug development. Such approaches as rational drug design, combinatorial chemistry, and in silico experimentation via computers have started to expedite the overall search for new drugs. The new tools and methods have already given researchers better understanding of the biochemical processes in cells and the ways in which they can synthesize compounds that will alter cellular behavior."

Good clinical practice (GCP) is an international quality standard that is provided by ICH, an international body that defines standards, which governments can transpose into regulations for clinical trials involving human subjectsthesestandards for clinical trials are sometimes referred to as ICH-GCP or ISO-GCP to differentiate between the two and the lowest grade of recommendation in clinical guidelines. GCP follows the International Conference on Harmonisation (ICH) of GCP guidelines. GCP enforces tight guidelines on ethical aspects of a clinical study. New Drug Application (NDA) is the vehicle in the United States through which drug sponsors formally propose that the Food and Drug Administration (FDA) approve a new pharmaceutical for sale and marketing.An Abbreviated New Drug Application (ANDA) contains data which when submitted to FDA's Center for Drug Evaluation and Research, Office of Generic Drugs, provides for the review and ultimate approval of a generic drug product. Once approved, an applicant may manufacture and market the generic drug product to provide a safe, effective, low cost alternative

Case studies, a form of qualitative descriptive research that is used to look at individuals, a small group of participants, or a group as a whole. Researchers collect data about participants using participant and direct observations, interviews, protocols, tests, examinations of records, and collections of writing samples. Starting with a definition of the case study, the guide moves to a brief history of this research method. Using several well documented case studies, the guide then looks at applications and methods including data collection and analysis. A discussion of ways to handle validity, reliability, and generalizability follows, with special attention to case studies as they are applied to composition studies. Finally, this guide examines the strengths and weaknesses of case studies.

To Collaborate Scientific Professionals around the World 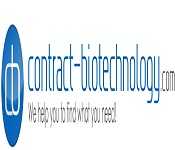 All accepted abstracts will be published in respective Our International Journals.

Abstracts will be provided with Digital Object Identifier by 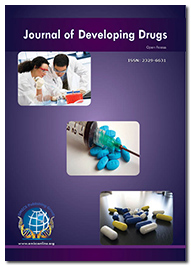